It was for me, as if the momentum of all the seminars I have done in the world over the past 46 years - more than a thousand - was with me & us on the launching of this new One-Year Course for True Seekers over 5x4 day seminars.

I, from the beginning, wanted 30 on this Course - and so it happened, 30 there are - from England, Germany, Holland, Belgium, Austria, Switzerland, Denmark, Czech Republic & Ukraine.

In 8 cars, we soon motored off to 'my very own' Trees & River - which gave its name for this new Course, and where I have been for walks already several hundred times since we arrived here at UNACHO - just 3.5 kilos up the road from here. Then, when we all went, each person was asked to plot or take the route they wanted from several possibilities (which I pointed out), for the next 60-80 mins, alone or together but if together - no talking! Then later to meet up where we parked the cars and then drive back here for coffee break or at least in time for the next session.

("No talking,' especially because when I take my walks there, most often alone, I meet mostly, people with dogs, and then also groups of women walking together, each with their nordic sticks and - always, all talking at the same time, and so barely seeing, tasting, relating, to anything around them - that's their choice of course, but what they miss is what we most want.) 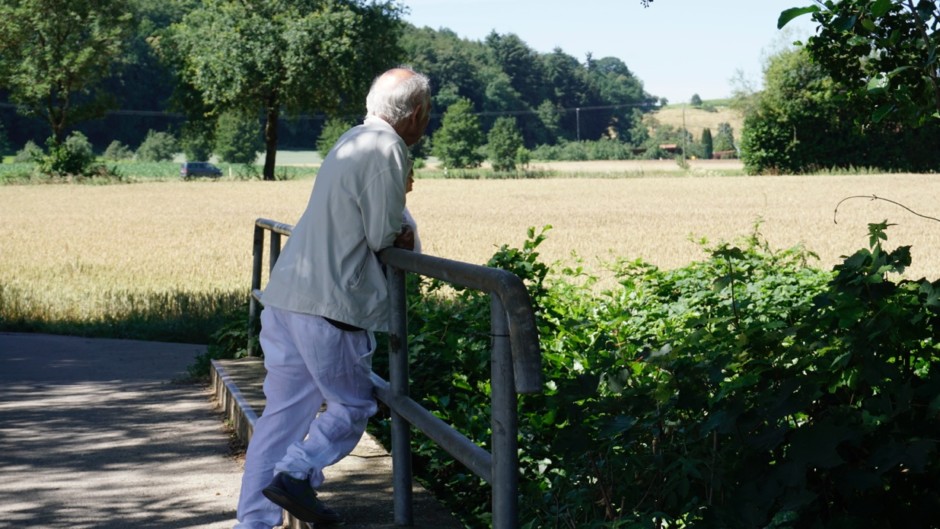 This initiated the taste of 'outdoors', through the body as well as with the terrific energy connections possible with Nature on these walks, as I have personally experienced so often there – the Earth and our connection with it being a strong theme this time and intended on this whole Course.

"With a fairy hand in hand," sang The Waterboys to the poem by the Irish poet, William Butler Yeats, and I sang along with them too, and asked them all if a fairy had held their hand in life - as I realized in my early forties (not until!), whilst on a group in the USA, that one was for ever holding mine. All this in a short talk The Fairy's Hand of 10 mins one early afternoon...

When There's Nothing To Be Done – the peak state I told them all about, and why this is so. Why? Why just end up with nothing?  Because you are then complete, finished, and to all intents and purposes, 'out of it' - and yet totally present, so you may well find yourself 'in it' as much as ever, if not more so – but not with personal intention, not anymore really part of it or as part of it. Just a Laughing Buddha. As I told Mishka and team friends here later, after our final day, "I've never felt better in my life than I did during this first Trees & Rivers." And the Trees & Rivers people, delightful as they all are, and even more so in our daily meetings here together, for sure contributed to this personal peak state...so - good for them! good for me!

"Why is it that sitting is it'? asked Luberta in Q&A. Adding that when she sits she feels much pain, her body becomes stiff and the energy doesn't flow.  I told her, then, to just sit somewhere - anywhere - comfortably and without strain - surely possible. "Can I lie down?"
"No, certainly not!" (Laughter from the other participants.) Because the body links lying down with sleeping, and it's important to be very awake! Sitting is it because this final state of sitting means in fact - see above - there's nothing left to do, and again, this remains so even if you do much or are led to do so...It is then a wu-wei, a doing without (personal) doing...

Nothing and Much combined in these days together. Irani wrote at the end: I feel like erased, 'empty'. But alive, fresh, thankful. Thank you, Irani

You see! He saw through the contradiction...

How lucky I am to be part of Trees & Rivers. I decided to join, from the heart, despite certain mind problems to do so, and 'heart' is also the word which best describes my experience during these days. Singing with the song (Nights in White Satin from The Moody Blues) and shouting out in ecstatic joy with the singer: YES I LOVE YOU, to you and all the others. Examo

And he was not the only one shouting out that line when I played this old exquisite song – everyone did so, and it was at the end, the last song of the last session on Sunday. There was pandemonium - cheering and clapping and pounding, on & on. That song, from I think exactly 50 years ago, was a top tune for me way back then, and here again it stirred me and others to our depths. 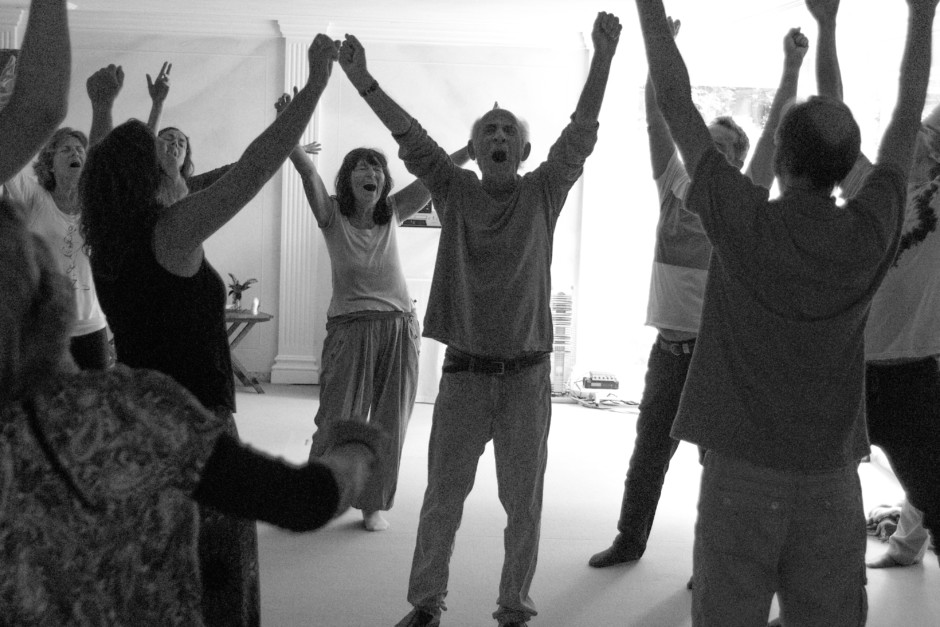 My eyes and my whole being are seeing a completely different picture of the world around me. An unknown land. The impact you have on my life and my path is beyond words and with the strength and depth of your teaching it is also so.  Shanti

The weather was good, so all meals we could have out in the garden, Mishka made a fire for Midsummer's Day, though few joined it, and of course the 'running' Soccer World Cup in Russia was also a feature for some of us during these days. We ran a cable from our house into X10 House so it could be watched where many people were staying. Mishka, like most of Germany, was shivering until the last moment on Saturday evening, but I had it lucky, on Sunday it was a doddle for England.

Later this week we meet up here with Peter McKenna and Aneeta and then at the weekend with Mariam & Teresa, organizers for so many years of the Rainbow and One Spirit Festivals, which I almost always attend, in the Schwarzwald where they live. Then we are into July, first up is Vienna 6-8/7 and then it's the finale week of the great OPT6, soon followed by the Summer Festival, again in Parimal, along with the kick-off for OPT7, which everybody should do!