A JOSHA-DETRAPPING, AT HOME :: A Blog

Up to now these annual Detrappings have taken place at Josha's Centre in France, near Toulouse, but due to some fault by the builders, at the time of construction, a local law was unhappily broken, leading to a ban on any purposeful activity there until it is all sorted out, hopefully before too long...

So the seminar was switched to here, at UNACHO.

As is known, the participants at these seminars are all business people, many very successful in their field. So the Work I do with them is to free each of them from a situation, in their business or personal life, that is holding them back, or that they are unable to satisfactorily solve, or see through. Almost all are from Belgium, where Josha comes from, and where he frequently works, mostly with top people in their business or profession.

For this home Detrapping we had just 11 participants, plus Matanda, also from Belgium, who once again took care of recording matters, including wiring up each participant when it was their turn, regulating what followed in the session for both them and me. An important job, once again done quietly and exactly...

(Some years ago I was offering Detrappings to our Energyfield. For the last one we had only six participants, much to my astonishment. So we dropped them from my program. For Wild Geese it seems to be Energy Energy! Energy! Or maybe they are all simply Untrapped!)

As usual in these new Detrappings it was an individual session for each, very thorough, often each one taking up a whole normal group session. Sometimes there is an Energy Meditation thrown in, maybe The Michael Walk, and then also, one time, my usual individual energy sessions, sessions that suit them, and their careers and goals, this, towards the end.

So it was here, again, only this time, as I worked on worldly and personal problems, I constantly threw out spiritual teachings en passant, many! – which were frequently and immediately stored away in the notebooks that most of them had beside them.

Altogether it was a knock-out, in one way or another for all.

5 of them had received WG spiritual names from me at earlier events. This time the other 6 all asked for, and received, a WG name for themselves.

Some quotes from mails afterwards:

After last weekend I feel so much inspired by all what happened, by your teachings, by the Emptiness, By the Love, by the Music, by the Place (which very much felt like home), I am very grateful for all the work you do ...for People and the World. I want to thank you for giving me my Wild Goose name, I wear this name touched, inspired and filled with loving energy. I respect you and your work, truly. With much love for you and for your beautiful wife, Mishka.

I want to thank you once again for the wonderful and special gift to stay in Denzlingen. It has given me an incredible amount of energy. I feel liberated, free and fulfilled. I confirm my beautiful name, which I will carry with much pride and dignity. The Detrapping experience will never go out of my heart!

It wasn't always so easy. It can sometimes be really difficult to do such work with successful people, who also have a following. Often they believe they have it already 'in the bag', sort of 'sewn up', and it's just a question of going on in the same way from strength to strength. The title for one session was, Kicking the Ladder Away, referring to the feeling in a few that all they have to do to reach the peak is to carry on climbing the ladder they have been already climbing for many years. Then if they are told that all this is somehow irrelevant to spiritual practice and achievement, it is very hard to take. Another session title, relevant to what I am saying, was: The Prison of Attachment. Attached, that means, to their achievements so far, and what it has brought them. And which they want acknowledged. But all that shows, spiritually speaking, is an inner capacity, which should now be directed in a completely different direction, leaving the actual achievements (and their obvious pride in them) behind. Tough, for many. Impossible, for some. So for a few I was maybe no hero. 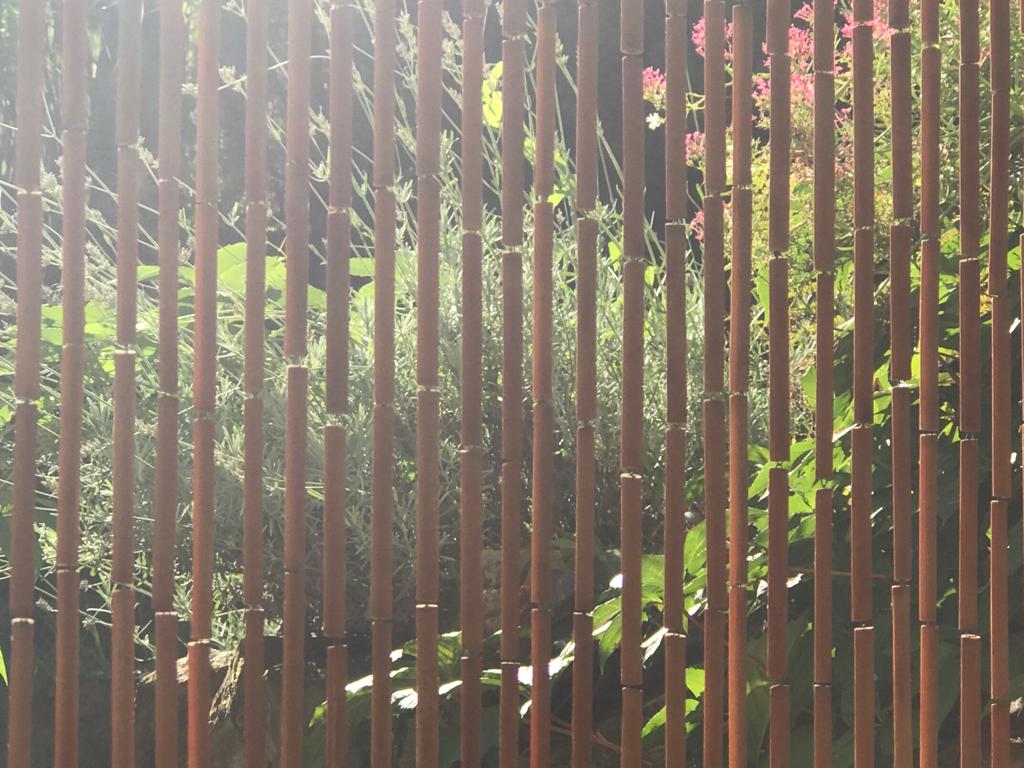 But I have the capacity to not only see people 'as they are' but also to see the potential in them. So I would not point to something in another dimension if it was not clear to me that it is within them, and not just a goal that 'it is good to have, for all'. No way. But if there is no resonance to it, right now, the person feels injured, and often angry, and even dismissive, of me. So it is, and so it was for one or two.

When someone, like some of those who come to my Detrappings, are working with many other people, it becomes for me even more important that they 'get it', because they can then become a fountain of the True and Ultimate Reality for many others. If they close the door on the cosmic connection, then all their students are deprived of it too. Too bad. 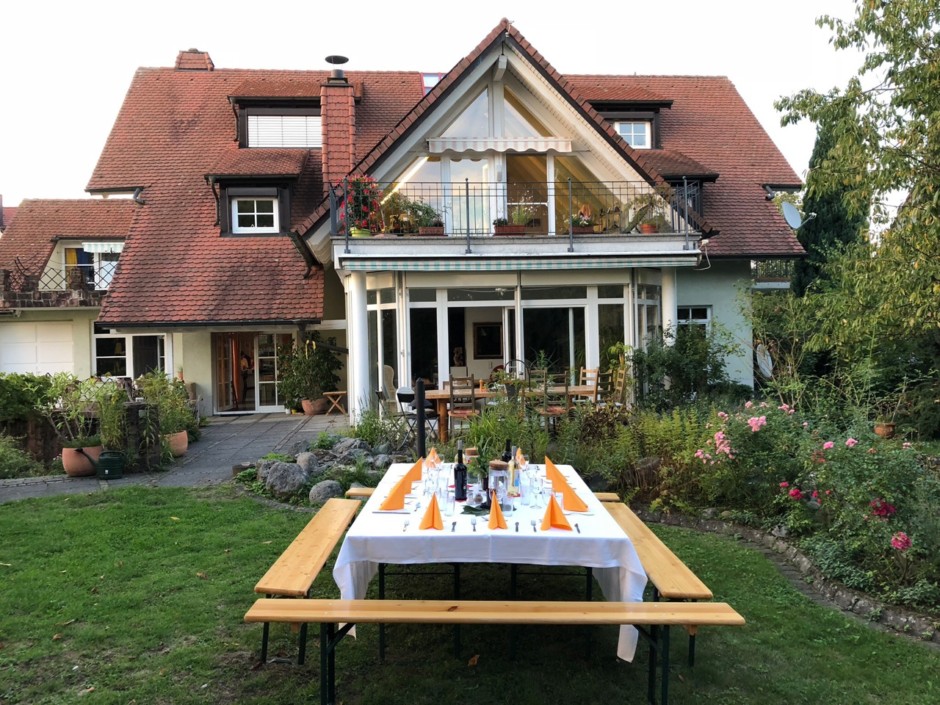 Many of these guests commented on how great it had been for them to be here at UNACHO, how welcome they had felt to be, by the Home Team - the great meals, all served in our beautiful garden, the care and attention, and even one evening a 'home fire" by our famous pond.
Mishka was very much a liaison factor between the house, the Energyspace here, the team - and the open visitors who joined us in many ways during this brief visit. We are all One, even the ones who don't know it, or don't even want to know it!