A DANCE OF ALL WITH THEE

Kiev is fast becoming a sub-centre for The Wild Goose Company! Apart from my regular appearances, at least once a year, since around 25 years, separate seminars, well attended, are given by Tiago, Abava, Nabi - and now the latest, Dance & Energy Workshops with Mishka. In addition the Energyfield there is strong, with many close connections between them all year round. Then, on top of that, and though the national economy, and that for most citizens, is low, still they manage to get themselves over here for the MB star groups, like X-Runs, for OPTs - and also for longterm Streaming. So the spread is wide there, and embraces us when we go, like an extended family... 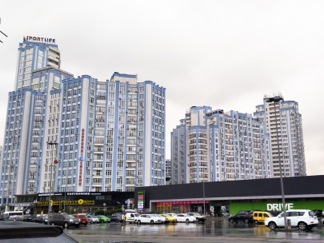 This time there was some trouble finding a venue, but Suprina there saved the day - she has a space in which she practices 'all things Chinese' - including the language, so there we were, not in a perfect space, but one easily adapted to, for our many sessions.

As usual, ALL the new people took cosmic names, plus the young son of one of them.

On our regular Monday night party, given as usual in Sarvasati's apartment, where we also stayed, it was this time, different. Usually around 25-30 come, they eat the food that they also bring - and share, then they come and sit around wherever I am - and wait! For me to continue - to talk, to entertain them, involve them. This time, blessedly, it wasn't like this. They sat around in small circles, chatting with one another, eyes not on me! A few came quietly to ask something from me individually - and then it opened up and we became one gathering, and then one after another, some of them began to speak out to me, but also to all - stories, comments, appreciations and so on - really a communal happening, and we all agreed (Tiago and Nabi were with me, as always...and also Akali, once more, to assist with the groupwork) that this was a big step. As someone said, my 'coming' did not have the same impact on her - which is – being excited for days before, and she wondered why, and then she 'saw' in the seminar that she was already with me inside herself, ready to add to it. Nice. A big step too! And then others there agreed, that the energy was being 'taken in' and owned. That's as I would like it to be. And then it can be passed on to others whom I will never see...

So another fine time there, other seminars with the WGTeam now to come, there, in the times ahead. We wish them all in Kiev continuing depth and new joys and harmony, with their lives there.