The flight there , to Perth, via Singapore, was not so bad, we had a hold-up in Singers, faulty plane so we were delayed somewhat, but when we arrived our luggage was waiting for us - and so were Borganda and Rafo.

It was Borganda who had taken on organizing the seminar there in Fremantle (Perth's neighbour), and Rafo, partner to Varuni, has a long and sweet history with us as a Wild Goose. Borganda was with me the day we found Le Domain du Fan, which became our wonderful Wild Goose Energy World - with him and others we had been touring Europe looking for the 'right place', which none of the previous twenty or so places we looked at were, and then we came to the Domain. After five minutes I said to our travelling team, "This is it!"And so, for five years it turned out to be...Wonderful!
Borganda was with us there too during our stay and in various roles, including the Bentley chauffeur...

He and his lady Saranji were our hosts there in Fremantle. In fact they gave us their sweet apartment, and then themselves, with their son, moved downstairs to another flat they often hire out on Airbnb. So we had our own space our whole time there. But with visitors! Borganda and Saranji were of course often there with us, as were both Varuni & Rafo, and also every day and often came our old Swedish Wild Goose, Gayatri, now living there with her two children. So there were friends around most of the time, showering us with everything we needed, plus much love! All were well known to us. Saranji is an Ayurvedic practitioner there, and we both received whilst there great sessions from her with her knowing hands.

On Friday it was time to begin the seminar. In the evening session we had a group into the thirties, but some came just for the evening, so for the weekend we were in the mid-twenties. We had hoped for more, especially as there was quite a large contingent in the area of Rajneesh sannyasins, who were sure to know me, but few came. I guess their days of seminars they had left behind them.

So the group consisted of quite a mixture, some Wild Geese from up here, like Sadhan & Darshana who flew down for it - and to go on for further holidays there afterwards, then Saranatha, my erstwhile secretary for three years here in UNACHO, and her partner Amagiri, longterm Wild Goose and previously our neighbour here in Denzlingen, living in 'the front house', in the common courtyard, and then some others who were central to my regular groups here in the Perth area back in the Eighties and Nineties...So it was half Wild Geese and half newcomers...

All went fine, as always, and Gayatri's young brother afterwards immediately booked his flight to Europe to attend our upcoming Winter Festival.

Then came a few free days there in Fremantle & Perth.
One story: we were taken to the great King's Park in Perth - the largest city park in the world, and very beautiful it was too, to walk around for quite some time. At the end I had a rather amazing experience: I had come to a stop, and there just a couple of metres away were two magpies sitting on the ground. I made a good energy connection with one of them, eye to eye, whereupon the magpie fell down on its front, its legs spread out, completely 'gone'. At that point Borganda & Mishka who was of course with Saranji & Gayatri, also on our walk, came up and looked at it and Borganda said, "My God! It's dead!" But it wasn't. In a short while it got up, again we had this exchange - and then down it went again, just like the first time.

I also decided to pay a visit to the holistic doctor I used to consult on my visits there, regularly. He works with the Mora method, checking out the whole body through the pulses in the fingers and toes. He had by him the results of my previous visits to him - the first in 1988, the last in Feb 1995, so almost 22 years before. It turned out my results this time were better than ever before, so that was a nice boost.

We were often sitting around the patio table in Fremantle with Borganda and Saranji, Varuni and Rafo, and Gayatri, and then later at dinner there, and so many stories came up about the past times, in the Villa and of course especially in Energy World, which was a lifetime 'high' or even 'peak' time for so many...

And on their huge TV screen there was the added bonus of watching two Arsenal games I might otherwise have missed (and both were won handsomely too!) Plus a couple of movies also.

Then it was time to cross the country, from west coast to east coast, from Perth to Brisbane, about a four hour flight. There we were met by Saranatha & Amagiri who now live and work there. Here we had another very nice apartment to share, - with also a long garden pool, which pleased Mishka immensely. We were again treated royally, shown around over there in those parts, and ending with a grand dinner at one of the very best restaurants in the whole country. All treats! They were marvellous hosts, devoted to caring for us and showing us around, including a trip to main city Brisbane, where we did a bit of shopping and then took a long walk by the river.

I knew Miten pretty well, we have met quite a lot, at Festivals and also at their concerts, exchanged many emails - one of his many assets is that he is a passionate Arsenal supporter - we are real close pals; Deva I hardly knew, just a few Hullos and waves. She turned out to be so incredibly beautiful. In every way.

They live up in the hills, no other house in view, a very beautiful domain (with a python at home on the roof), and there we were centred. We all made excursions together, or even in pairs, Mishka & Deva to the mouth of the river where it fed into the sea, whilst Miten and I took in another Arsenal game plus two Premiership Highlights programs. Also, boys and girls separately till the end, a really long walk through trees beside the sea and then back to join the girls for the return walk on the beach all together, followed by a Greek dinner. Then next day it was to Byron Bay, a swim for all there, with the weather at last warming up. The next day was our leaving day - and it was the best weather so far on our whole trip, which we had to leave behind already at 11.00!

Altogether the weather was a bit of a disappointment to me - I had in my memory from previous trips temperatures in the mid-thirties, even up to forty and more - but in Perth it was coolish, with strong winds, in Queensland later, just so-so, till right at the end, so there was no pull to be much on the beach - which of course in the end was a good thing in that we found many other things to entertain and delight us.

Altogether it was a most marvellous trip. Mishka was just super-great throughout, taking care of me, relating to all the people we met, known and unknown, easily and flowingly and it was clear they all just loved her.

So then it was time to leave, to return here, so M&DP drove us to the airport in Brisbane, we said our sincere thank you's and our goodbyes, and we were off.

On a very long trip home.

From door-to-door, from the start from M&DP's house to here at UNACHO it took precisely thirty-three hours! That's a long time to be sitting, waiting, travelling and we felt it too!

But we were eventually landing in Zurich to be met by Simitra and driven home, to meet the boys, who had taken mostly care of themselves, and the few team members there at that time.

We both managed to survive the day till around 20.00. then we were off into a re-orientation slumber, of about 10 hours apiece.

Next day, somehow we were ready to go on here more or less as usual. Of course my incoming email postbox was full, but in the day after arrival I found myself able to answer almost all.

Then we were running on empty till about ten-thirty, then again to bed catching-up. Next morning, this morning, Mishka was up at 04.00, me 90 mins later, so jet-lag still at work. But we have now these few days to recover before the Family Xmas (most are coming, and with partners too) and then comes the Winter Festival where we will meet many of you, happily.

LOVE to You All and a Bountiful New Year too in 2017!
Michael 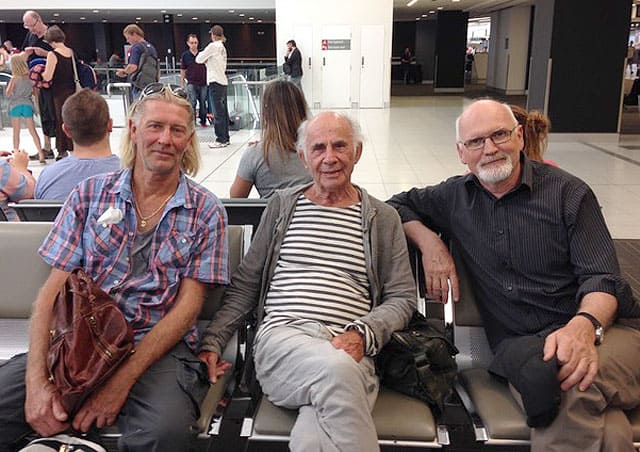 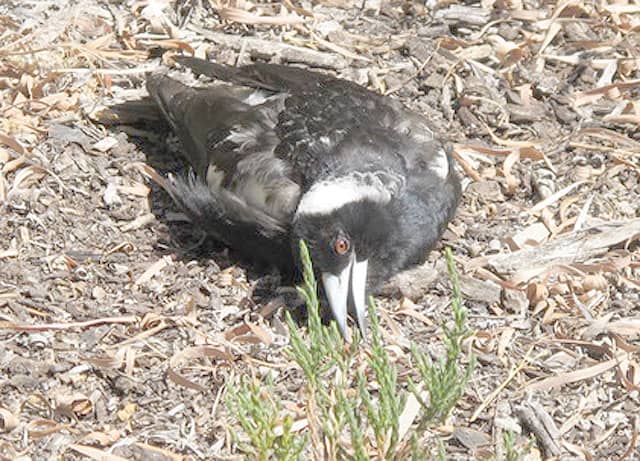 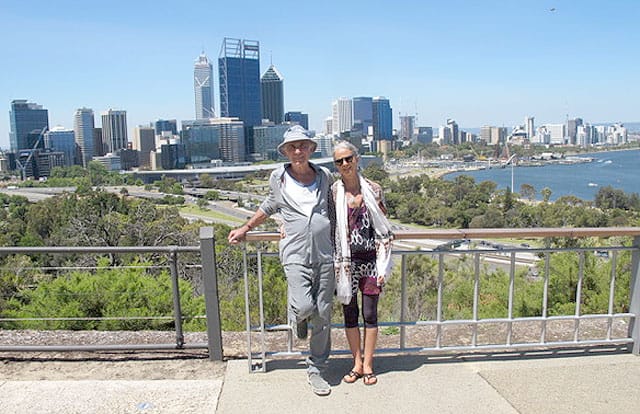 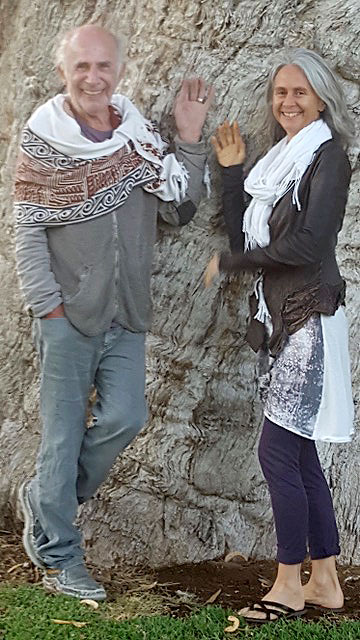 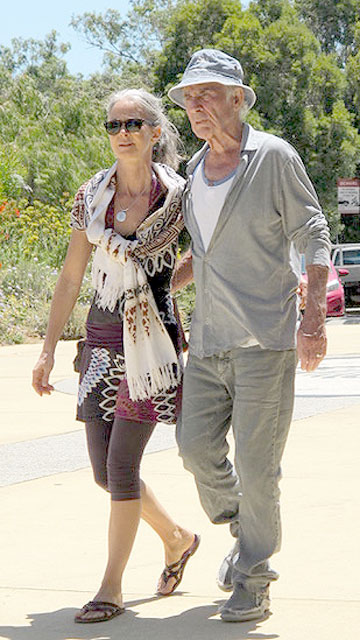 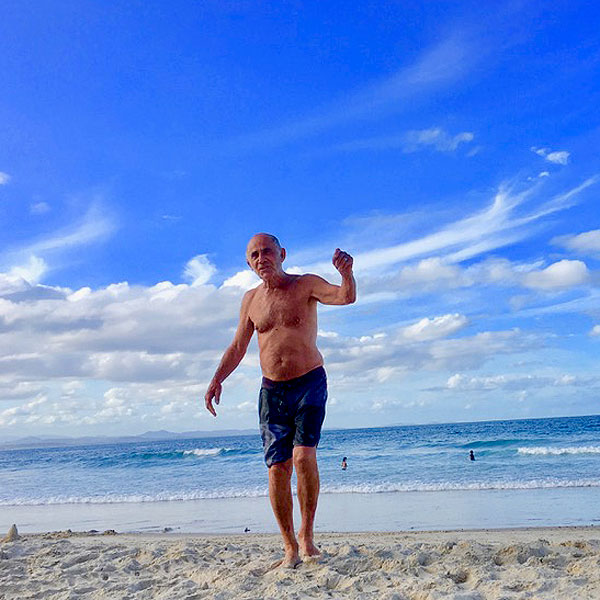 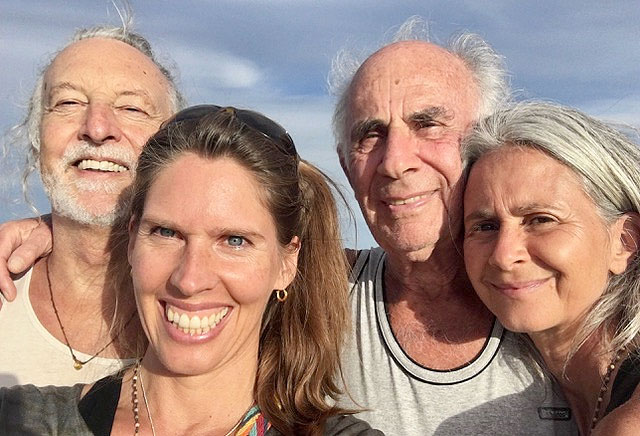