Kiev. Ukraine. You all know the troubles they are all in. Confronted they all are with their country threatening to break up. Who is a Ukrainian? the world is wondering. Many Ukrainians too. Well in the west of the country most of them know, and amongst the Wild Geese - their hearts clearly point westwards. But of course still most are very affected by the lack of peace and calmness further over.

Plus things at home anywhere in the Ukraine is tough. For instance, the exchange rate v the dollar has multiplied 4/5 times. Which apart from the personal issues that raises, many things are no longer available in the shops because they can't afford to import them any longer. Wages there were never high, now many are on the poverty level. So where's the cash for a luxury like a Wild Goose Sunflower Training?

Well, we would like it to be no luxury. So many were there for free, others offering what they could, and we managed to cover expenses - air fares for Michael, Tiago & Nabi. And once again we were living in the beautiful dacha belonging to Sarvasati and her husband Pramod, Nabi had brought stacks of food with her from Denmark (and she's a fabulous cook on top!) and other things were somehow 'provided' for us. So with this whole new ethos, we managed very well.

This time the seminar room was in a hotel nearby where we were living, so the journey there was reduced from what it had been always before, 50 mins, to - just 4 mins! So home for lunch too!

Well of course the Energy Work continued, but I had to get their heads and hearts more back from what was going on elsewhere to their immediate reality, their actual situation this moment.

And the next. Callous? Maybe. But if you can't help, what's the use of impotently worrying. So I began with this Zen story:

End of story. After telling them of this exchange right at the beginning of the 3-day seminar, everyone there looked blank. It's a big jump, isn't it? To let go one's involvement (mostly in the mind of course) and be with just what is here right now. Well that's what we did, again & again, on & on - and furrowed brows unfolded, eyes began to sparkle, laughter began to appear, fun was had, celebration happened. At the evening party for them we gave - as always - at the house we were staying in (they bring their own food & drink) there were at different times several standing ovations - which went on and on; people were full of happiness and fun, all enjoying what, despite everything, they were able to enjoy - being alive and in this energy space that is untouched by all the troubles in the world - national, international, and even personal. 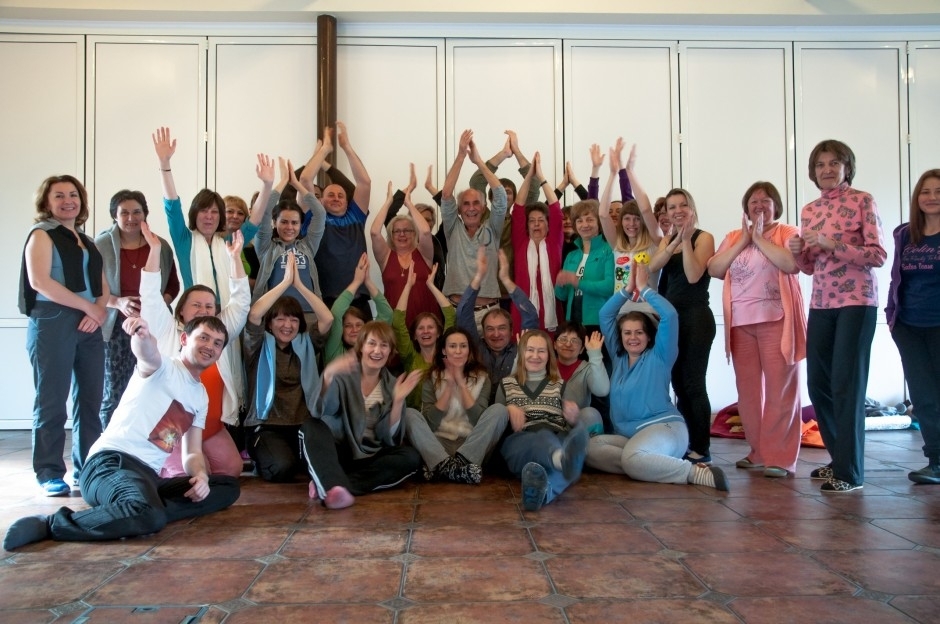 Indifference? Well, look at all the troubles today in this world. And when has it ever been different? And when will it be any different?  Ever do you think?

And yet, here today, the garden before me as I write is a wonder of spring stirrings, the sun is out, though a little hazy, and the birds are singing like mad. Simitra is out trimming a tree there, our pussy Khunzi, wandering by...This morning Mishka and I were in town and whilst there had a delicious breakfast at our favourite Cuckoo cafe. Our two boys are home from school, one on the way out to football training - after a tough Abitur Maths exam, the other checking out a Diving Centre, something he fell in love with when we were recently in Egypt for a week's break. Then tonight it's a full house here for PEP. Ah! Treasures always! Look, find them, and then yes - treasure them!  And when you find that PureTreasure that is on offer to us all - then know that you have found the Secret Garden that houses the True Lotus of Every Human Life.

Tiago & Nabi were with me throughout, making great contributions to a revolutionary and deep peace-bringing weekend.